The Debate About Mother-Tongue Education: What You Should Know

Since the enactment of the South African constitution when 11 official languages were recognised in our multicultural country, the debate about mother-tongue education has been raging.

Are your children being taught in their mother tongue? Here are some points on the topic that you should take note of. The situation in South Africa

As the number of English first-language speakers is only the fourth highest of all the language groups in South Africa, it follows that the majority of children in the country are taught in a language that is not their mother-tongue.

School subjects in South Africa are either taught in English from grade 1 all the way through to matric or the first three years of education are presented in the children’s first language (any of the other ten official ones) before the language of instruction shifts to English in grade 4.

“About 60% of children in grade three learn in a language other than English or Afrikaans. By grade four, this proportion is only about 5%,” write Stephen Taylor and Marisa Coetzee in an article on their research about mother-tongue education in the Mail & Guardian.

This is the practice in South Africa despite the fact that, as Carol Bloch points out in an article for Media Club South Africa “research from around the world has shown that it takes longer than three years to fully learn a language and the best option is for children to learn through a language they know well for the first six years at school.” Ideally, English should be presented as an additional language during this time and “it can gradually be used as a co-teaching medium. This gives children the best of both worlds”.

“If a learner cannot really understand the language of instruction, it becomes difficult, if not impossible, to grasp the content of the subject. Often children simply just learn things by rote with little or no comprehension,” writes Anthony Tolika sketches the situation in South Africa in an opinion piece for Dispatch LIVE.

Studies have found evidence to suggest that mother-tongue education leads to better academic performance. In their paper “Estimating the impact of language of instruction in South African primary schools: A fixed effects approach”, Taylor and Coetzee find that “among children in schools of a similar quality and coming from similar home backgrounds, those who were taught in their home language during the first three years of primary school performed better in the English test in grades four, five and six than children who were exposed to English as the language of instruction in grades one, two and three. This finding seems to be in line with the thinking of education specialists, who have for many years promoted the advantages of mother-tongue instruction in the early stages of children’s education.”

Michael le Cordeur points out in a Stellenbosch University article that “the 1996 Hague Recommendations Regarding the Education Rights of National Minorities proposed that ‘in primary school, the curriculum should ideally be taught in the minority language (mother tongue)’.” And that, “The principle that children should be taught in their mother tongue for at least the first six years of their schooling life, is universally acknowledged”.

Socio-linguist Thabo Ditsele is quoted in the Daily Maverick as saying that “that teaching younger children in a language that is not their mother tongue appears to disrupt cognitive ability and interferes with the learning process”. Mother-tongue education might also actually make the acquisition of a second language easier. Earlier this year, during a talk on the topic at the he African EduWeek conference, an associate professor of the City University of New York, Immaculee Harushimana, said that, “The acquisition of language becomes easier when literacy in the home language has been achieved.” Engineering News further reports that according to Harushimana, “Mother-tongue instruction and foreign-language instruction are mutually supportive.” Taylor and Cloete also point to linguistic theories that support what Harushimana posited.

Furthermore, being educated in their mother-tongue can give children a sense of pride in their heritage and identity. Earlier this year, former Minister of Arts and Culture Paul Mashatile rightly remarked that, “languages are the most powerful tools of preserving and developing our tangible and intangible heritage,” reports eNCA. This is something that is close to Harushimana’s heart as she made a plea to: “Let us teach our children to love themselves and their heritage first before we introduce them to the languages and cultures of other people. Let us enable the acquisition of foundational school knowledge through the language they know best — their mother tongue – like all other countries are doing.”

Unfortunately, as Tolika points out, there are people in South Africa who think that “speaking and learning in English means you are ‘well-educated’, and so they, often unwittingly, support the abandonment of their children’s mother tongue”.

The perception mentioned in the previous paragraph is an example of resistance to the idea of mother-tongue education, which is clearly prejudiced. But there are also some arguments that are a bit more substantial.

In the Daily Maverick Stephen Grootes presents the argument for schooling to happen in English, as it “has emerged triumphant as the global language“. Certainly it is the language of the labour market. But does that mean that the first six educational years should not be in the children’s mother-tongue?

In a video for eNCA, Elijah Mhlanga of the Department of Basic Education says that there is a school of thought that suggests that “learners must take English right from when they start school so that they don’t struggle having to adopt it at a later stage“. But Taylor and Coetzee point out that starting with English might actually not give learners the head-start one would hope for. They reiterate that “many linguists argue that when it comes to learning a second language it is crucial to first have a solid foundation in one’s first language”.

Grootes further argues that mother-tongue education could lead to racially divided schooling. “Linguistically segregating our classrooms will only lead to more trouble in the long run. It won’t help anyone to be kept apart. And surely what South Africa needs now is integration, sweet integration,” he writes.

And of course there are the practical problems of training teachers, developing academic vocabulary in some of the languages and ensuring the availability of resources such as textbooks in all languages. What can be done?

If we’re going to take the implementation of mother-tongue education seriously, the availability (even at rural schools) of textbooks in all the official languages is non-negotiable. In the eNCA video, Doron Isaacs of Equal Education, who has studied the textbook situation says: “It’s crazy that that kind of resources are not available.”

Professor Phaladi Sebate, in a video for News24, suggests multilingual teaching as another option to help learners grasp concepts in their mother-tongue. Even though a class might be presented mainly in English, this would involve the teacher explaining certain key concepts in the children’s mother-tongue. Sebate emphasises recognition of the mother-tongue. The teacher should not view it as “wrong” or “unequal”.

Athambile Masola writes about a similar teaching attitude when she states in an opinion piece for the Mail & Guardian that: “Children should be encouraged to be multilingual and teachers should be adept at teaching multilingual students.” However, she admits that, “Bilingual learning is not without its controversies.”

Lastly, Le Cordeur is adamant that the government should do more to communicate “the benefits of delivering foundation skills to primary school children in their mother tongue”. He believes that this might change the perception of parents who do not perceive the value of mother-tongue education.

At WorksheetCloud, we’re wanting to create worksheet content in additional languages such as isiXhosa and isiZulu to give learners an educational advantage by allowing them to learn in their home language, giving them a greater understanding of the curriculum. Would you find this useful? Post your comments below.

Adrian is the Product Director and Co-founder of Learning Lab Apps, the company that develops WorksheetCloud. He is an activist for technology in education, but also a firm believer in the effectiveness of good, old fashioned, hands-on teaching.

WorksheetCloud is the most exciting way to study for exams and tests! 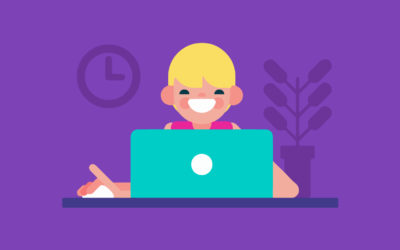 How can I help my child with their school work at home?

You’ve just picked your kids up from school after a long day of work or... How I Found Out My Daughter Was Misdiagnosed With ADHD

In this video we interview one of our amazing WorksheetCloud moms, Shaz... How to Study for Exams Using WorksheetCloud

Studying for exams sucks. Your child has to open each textbook. Read each...